The Bennington monument in Fort Rosecrans National Cemetery was erected in memory of the 66 Navy personnel who lost their lives in the boiler explosion on board USS Bennington (Gunboat # 4) at San Diego on July 21, 1905.

On July 23, 1905 the remains of soldiers and sailors were brought to the post cemetery and interred in an area known as the Bennington Plot. 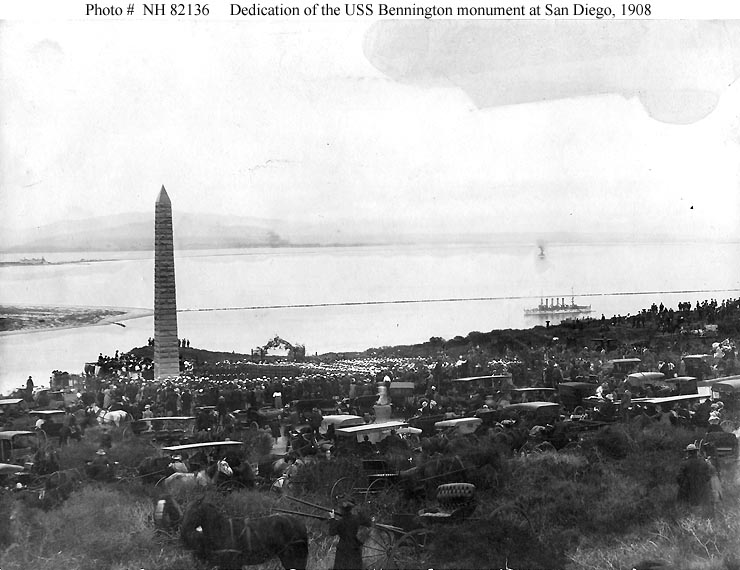 Pictured above is the ceremony dedicating the U.S.S. Bennington monument at Fort Rosecrans on January 7, 1908.   Today, the following 35 soldiers and sailors remain in the Bennington Plot in Fort Rosecrans National Cemetery, which overlooks the San Diego harbor:

Photo: U.S. Naval History and Heritage Command Photograph. Photo #: NH 82136
Note: To the best of our knowledge, the picture referenced here is in the Public Domain, and can therefore be freely downloaded and used for any purpose.