For my Eagle Project I was tasked with constructing a pedestrian bridge. The purpose of this bridge was to replace to an older bridge that was no longer of good condition.

Additionally, the beneficiary wanted to redirect the current jogging trail, therefore the location of this new bridge would need to be further up the creek. Rather than copying exactly the previous bridge, the beneficiary and I thought it would be a good idea to widen the path of the bridge as well as make the ramps at less harsh of an angle. I also decided to elevate the bridge, so as to prevent any debris from getting trapped underneath the bridge during rainfall. Elevating the bridge also kept the wood away from the dirt and elements, therefore prolonging the life of the wood.

The bridge was eventually coated in a weatherproof stain that would hopefully allow the bridge’s life to be sustained even longer.

I’d like to thank my parents, Joe and Yvette, as well as my project coach Martin Gerdom. 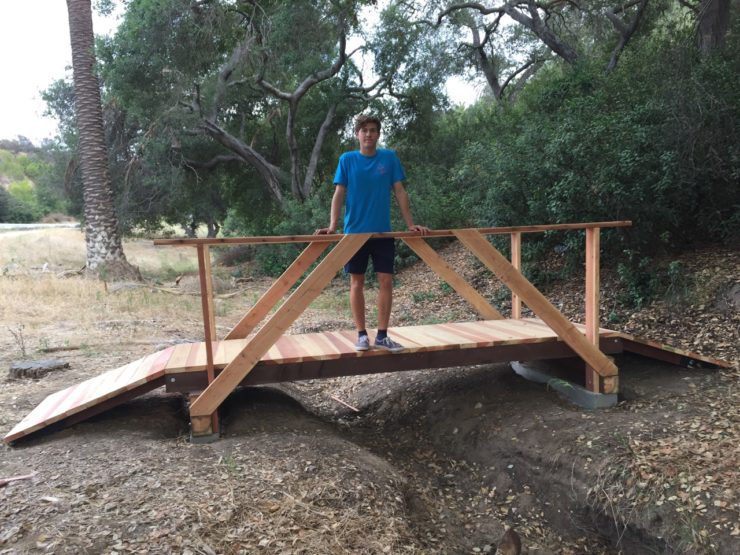 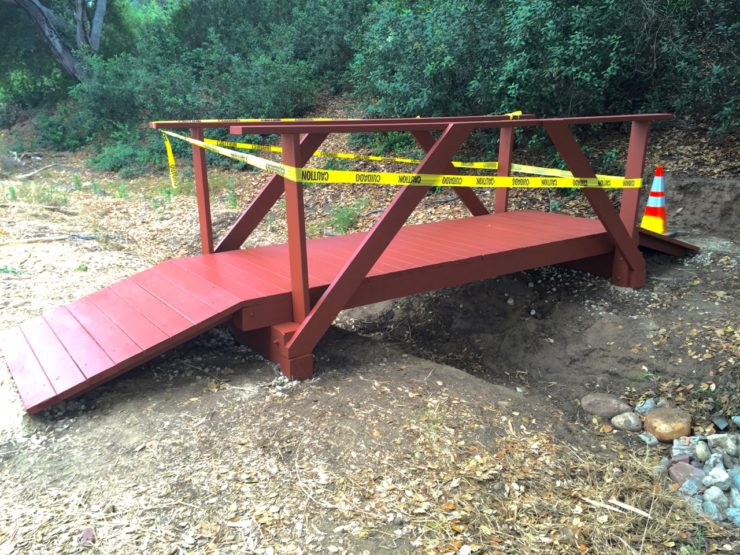