My project was to construct and install an informational kiosk for Bennington Memorial Oak Grove in Balboa Park. This kiosk, as well as a number of other Eagle Projects in the area, will help to raise awareness of this memorial’s history and historical significance, as well as possibly provide additional tourism to an area of Balboa Park that is much less trafficked.

Describe what you did after your proposal was approved to complete the planning of your project.
Immediately after my proposal, I took the plan sketches I had received and went to a number of professional woodworkers and carpenters in my troop to help me in figuring out how to put everything together. I also used the kiosk in Sunset Cliffs that the plans were based on to get a visual aide that would assist me during construction. Lastly, I asked my beneficiary to meet me one morning so I could find out exactly where she wanted me to plant the kiosk.

Materials were mostly supplied by Balboa Park. We purchased a few additional things, such as creosote and brushes to coat the legs of the kiosk to waterproof it, and blades to cut the acrylic, and a drop cloth.

What went well?
Volunteer response to my request for help was fantastic! We didn’t break anything, and we managed to form a sort of caravan from Mr. Babbe’s house to the site when we took the kiosk to the park.

What was challenging?
There were a number of times in the duration of the project where, because of the great response of volunteers, I was sometimes challenged to find jobs for newly arrived helpers. My project was so much of a dependently step-by-step process that I had to get things done very gradually. Also, we had to improvise workarounds when available tools were insufficient. There was a delay in drilling because we needed to borrow an impact driver.

Many successful projects require changes from the original proposal. What significant changes did you make and why did you make them (be brief)?
In an effort to improve structural stability, Mr. Babbe suggested a change to the support joist between the roof and the H-frame. A picture of the alternate plan is included in the research section of this book.

Also, there were quite a few changes made to the original quote I received from Dixieline. The initial document contained a lot more than what I needed, and even after all of the downsizing, I still had leftovers.

In what ways did you demonstrate leadership?
I delegated tasks to other people and set an example for my other helpers to follow. I also developed my skills as an assertive commander, as I was greatly lacking in that area before the project.

What was most difficult about being the leader?
Finding things for my many helpers to do, due to the great response to my request for help.

What was most rewarding about being the leader?
Having so many people supporting me and willing to assist me in getting to the top. Also, seeing the finished product is pretty satisfying.

What did you learn about leadership, or how were your leadership skills further developed?
Doing this project taught me the value of carefully planning a step-by-step process as well as how to have an assertive tone with my commands. 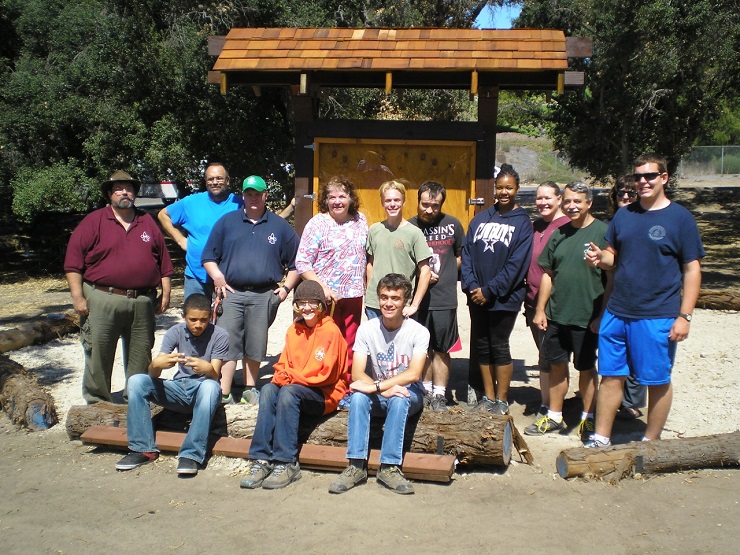 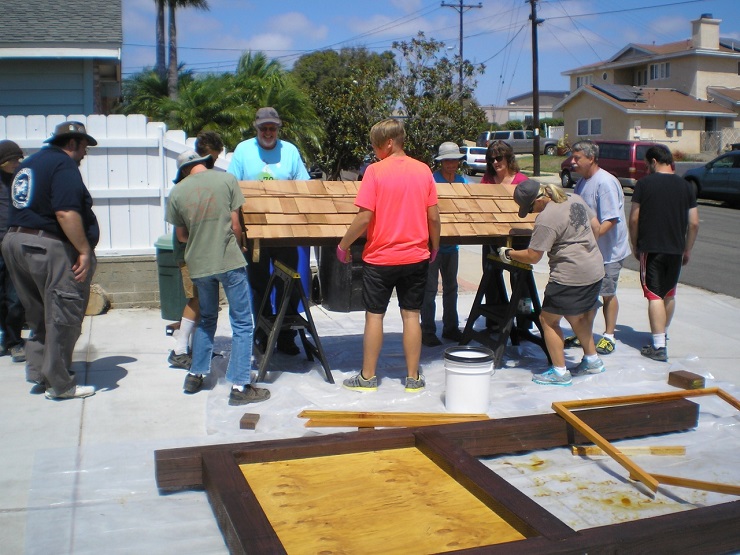