Leroy Brewster Archer served as Seaman aboard the U.S.S. Bennington. He was the son of Mr. And Mrs. P. Archer formerly of Baxter Springs, Kansas and nephew of Mrs. L. D. Brewster.

He died on July 22,1905, at the age of 20, from an explosion on the Navy’s U.S.S. Bennington ship when it was docked in San Diego, California. The ship was launched in 1890 and served in the Spanish American War and throughout the Pacific looking after America’s interests. The ship suffered a boiler explosion on July 21, 1905 that ended up killing 66 men and injured nearly everyone else on board. 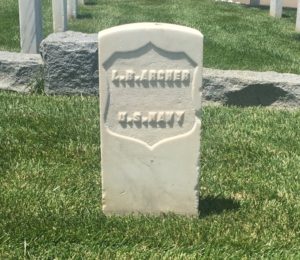