Frank De Curtoni was a native of Nelson, New Zealand. He came to America around 1892, and lived with his uncle J De Curtoni, a grocer, around 1898.

Frank enlisted in the US Navy. He was assigned to the YORKTOWN when that ship was in the Philippines. He was transferred to the OREGON and upon his second enlistment was detailed to the U.S.S. BENNINGTON.

He was survived by four sisters Lillian Curtoni, Elizabeth Curtoni, Mrs P. Harding and Mrs A. Burton, and two brothers, Edwin Curtoni, residing in San Diego, and Louis Curtoni, engineer on the transport LOGAN and formerly of the cruiser OLYMPIA.

He is buried at the San Francisco National Cemetery in San Francisco, California. Frank De Curtoni was 29 years old at the time of his death. 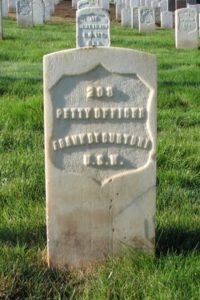