George H. Hallet was born on October 1885 and was 19 years old when he died on July 31, 1905 from injuries sustain during the U.S.S. Bennington boiler explosion. He is buried in Union Cemetery in Bakersfield, CA.

The Evening Times-Republican (Marshalltown, Iowa) wrote on July 31st, 1905 “Another Bennington Victim.” Washington, July 31. The navy department has been advised of the death of George H. Hallet, apprentice seaman, who was wounded by the explosion on the gunboat Bennington at San Diego.”

His mother Mrs. H. Hallet who lived in Bakersfield, CA survived him. George Hallet was the 65th sailor to die from the Bennington tragedy. * 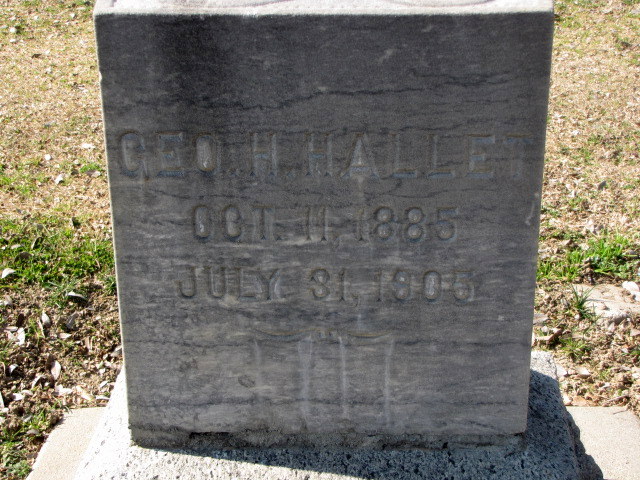