AUSTIN BOY KILLED ON THE BENNINGTON

“Among the unfortunate men who were killed by the terrible explosion of the boiler of the gunboat Bennington in San Diego harbor Friday was an Austin boy, Emil C. Hoffman, son of Ernest Hoffman, foreman of the workshop at the state University and brother of Max Hoffman, who is in the employ of John Orr in this city. The father of Emil Hoffman was appalled yesterday morning when he picked up the morning paper and saw the name of Hoffman numbered among the wounded. The father knew at once that it was his son for he was the only Hoffman on that boat. The whole family were partially relieved when at 10 o’clock yesterday morning they received a dispatch signed by Andrews conveying the news that though their son was very ill there was every hop for his recovery. Yesterday afternoon about 3 o’clock another message came from the undertaker conveying they news that young Hoffman was dead, he having passed away in thirty minutes after the receipt of the first joyful message here. The father and mother were seen at their residence in the extreme northwestern part of the city yesterday afternoon. They were almost prostrated with grief and it was with difficulty that they could between sobs tell of their lost son. The father of the boy said that he entered a protest against his son enlisting in the navy when the recruiting officers were here, but his protests amounted to nothing compared to the flattering offers which were made to young Hoffman. He enlisted as first blacksmith, which is a lucrative position in the navy. That was three years ago, and the young man has been with that gunboat ever since. The father, who had several years’ experience in the German navy, was indignant yesterday and bitter against the government, as he said the navy was not managed in the safe way it is in the old country. The family of the unfortunate boy are trying to get in communication with the authorities, as the mother said yesterday that she would like to see the face of her son once more before he was laid finally to rest. So far they have been unsuccessful in hearing from the officers in charge. An effort will be made to have the remains shipped here for burial. Hoffman worked in this city for Radkey and in other shops as an expert blacksmith. He was born in Berlin, Germany, of German parents, and was 25 years old. Besides his father and mother he leave two brothers, Ernest Hoffman, who works with his father in the University workshop, and Max J. Hoffman, who works for John Orr. He resided in this city with his family for twenty years.” 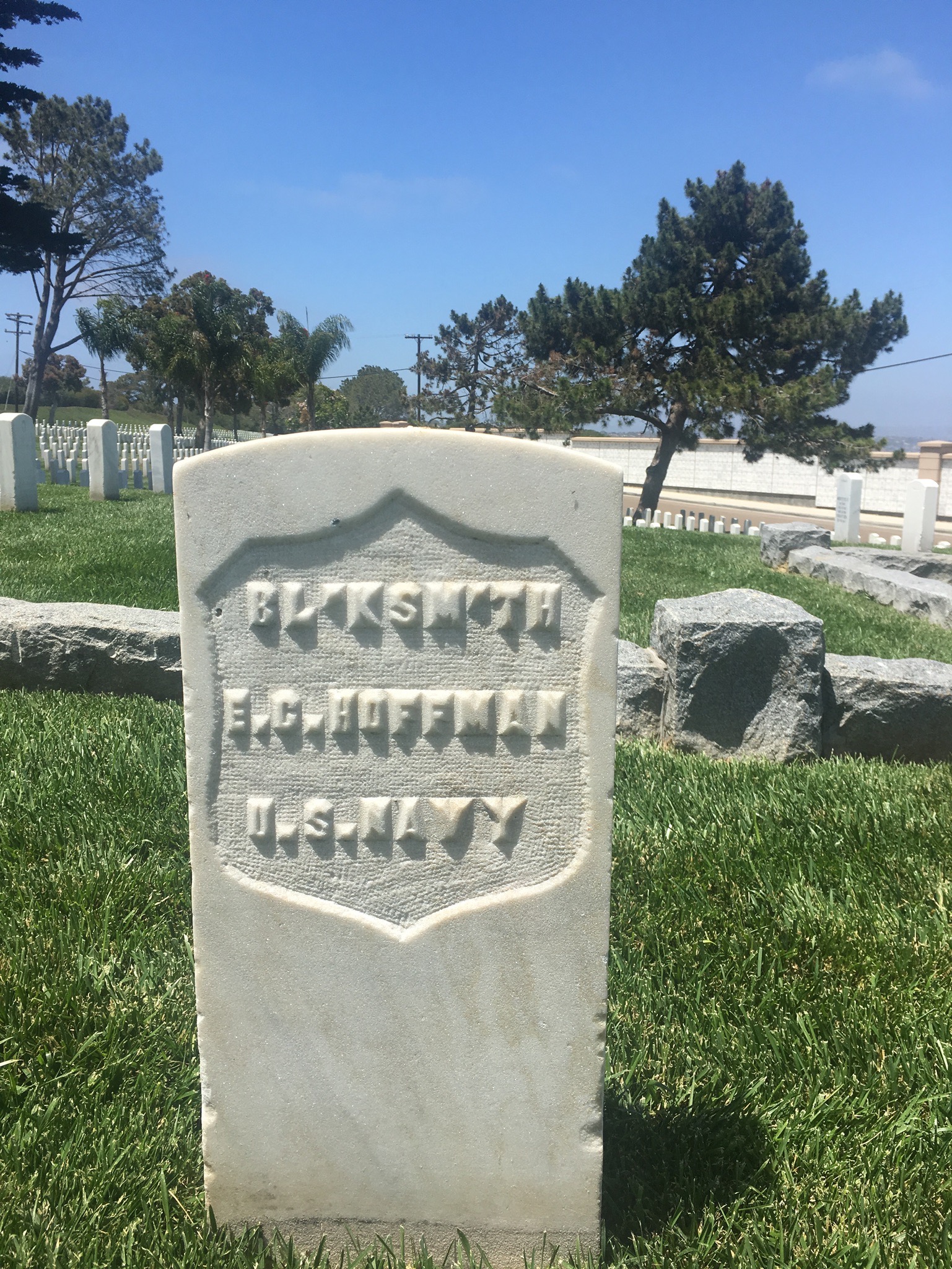