TWO COAL PASSERS, FIREMEN, SEAMAN AND MACHINISH ENLISTED AT LOCAL NAVAL STATION BY CAPTAIN NIBLACK WERE ASSIGNED TO THE ILL-FATED VESSEL-NONE OF THE MEN WERE RESIDENTS OF HONOLULU.

Five men joined the crew of the gunboat Bennington at Honolulu but none of them were residents of Honolulu. When the Bennington left Honolulu she was short a number of men of her full complement. She had 189 men and seven officers and was from 25 to 30 men short of her full quota. Five men were supplied the vessel before she left Honolulu. They had enlisted at the local Naval Station before Lieutenant Commander Niblack the naval recruiting officer.

There is of course, no way of knowing at this time whether any of these men were in the list of dead or wounded as no list of the victims has been sent to Honolulu.

It is presumed that they were men who had arrived here in the crew of other vessels and desired to enter the navy. * 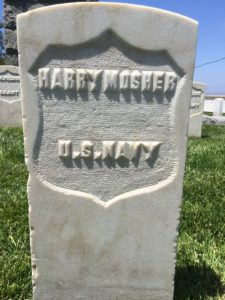