“To Be Near Her Son’s Grave”

“Mrs. Robert T. Fellis, mother of Harry Fay Saunders, the Springfield boy killed in the Bennington disaster off San Diego, Cal., has left for San Diego. Before leaving Mrs. Fellis said she did not know when she would return to Springfield, her only desire, being to be near the body of her only son.” * 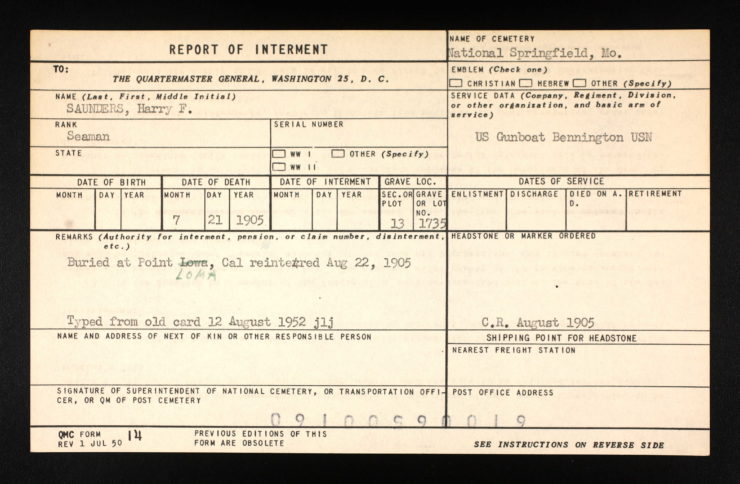