Seaman Albert Schoregge was one of 66 crew members killed in one of the Navy’s worst peacetime disasters, when the U.S.S. Bennington boiler exploded on July 21, 1905. He was 20 years old when he died. 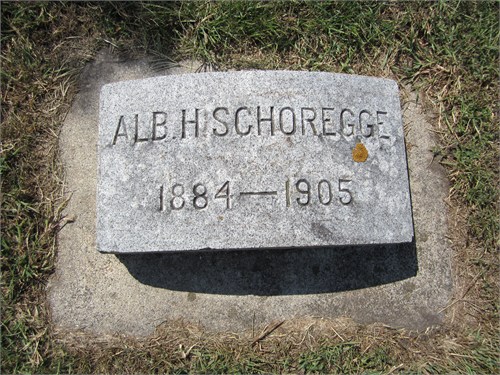 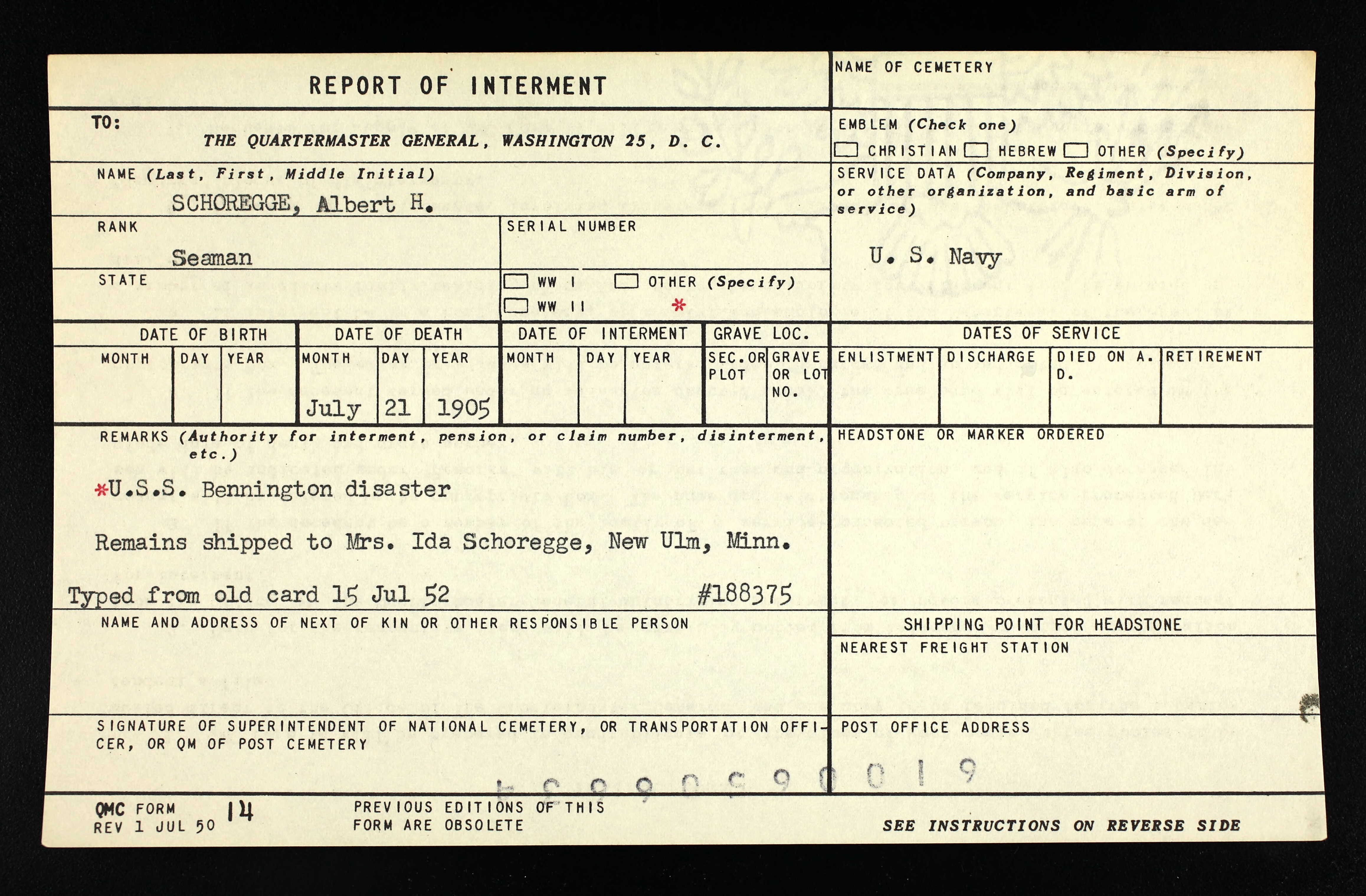