William Staub was one of 66 crew members killed in one of the Navy’s worst peacetime disasters, when the U.S.S. Bennington boiler exploded on July 21, 1905. He was 21 years old at the time of his death and was from Bridgewater, South Dakota.

Reported on August 24, 1905, “the remains of William Staub, one of the victims of the Bennington explosion, arrived at the home of his father, Jacob Staub, in Beloit”, OH.

William Staub is buried in the Quaker Hill Cemetery in Sebring, Ohio. 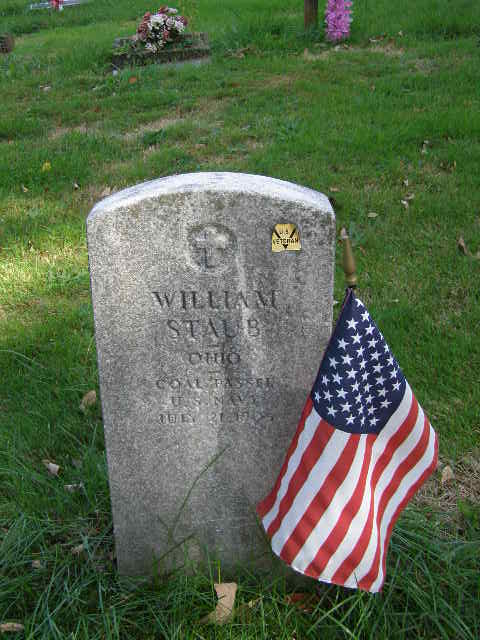